Globalization is his Key driving forces in whatever he does ... as a Student, in Business and his Children Education to be Global Citizen. 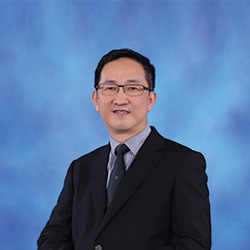