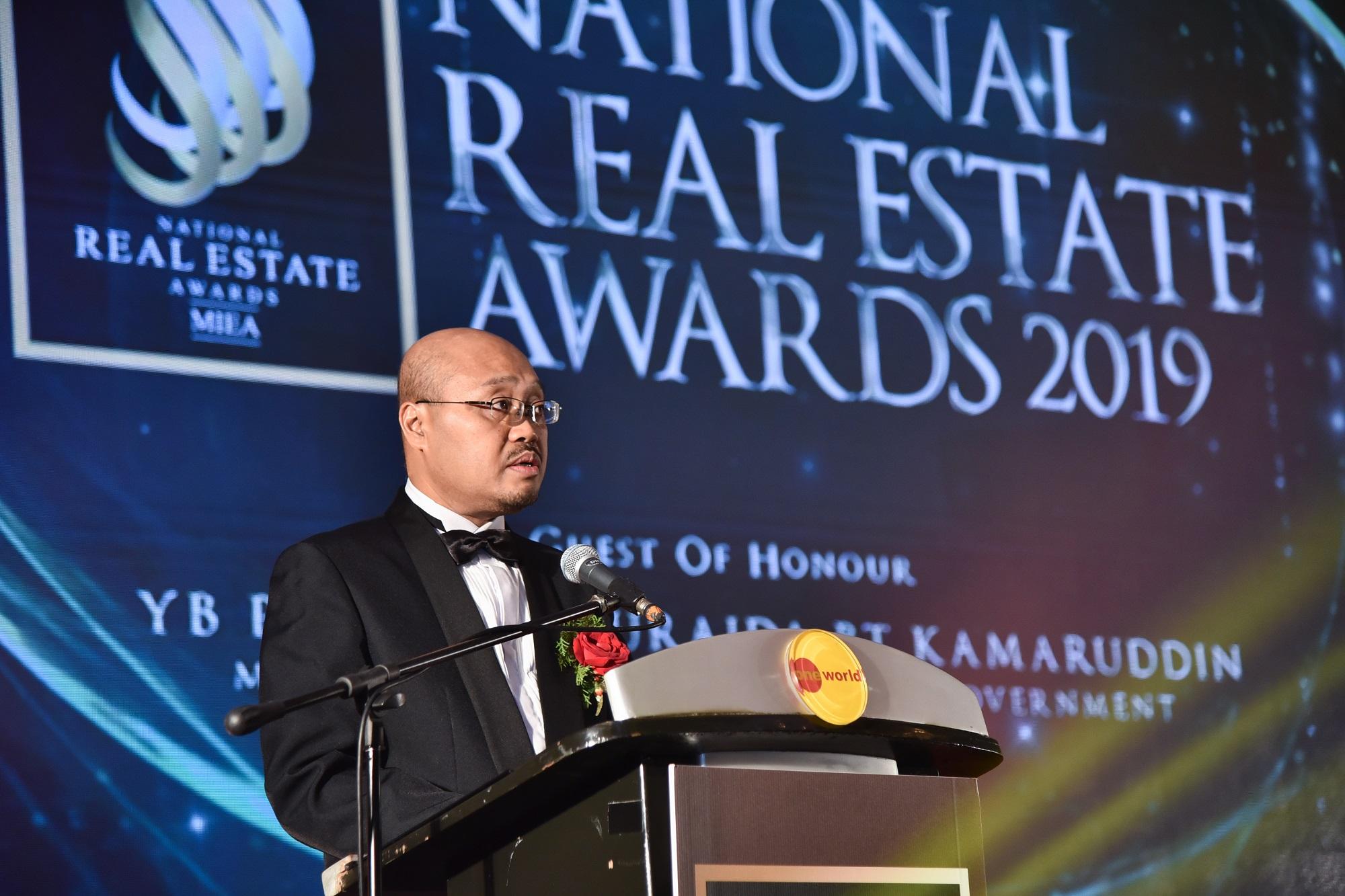 Giving acclaim to one’s peers is a genuine acknowledgement of success and this was no different for the over 800 members of the real estate fraternity during the 11th National Real Estate Awards and Gala Dinner (NREA) 2019. Celebrating the nation’s top real estate performers, the gala dinner was held at the prestigious One World Hotel.

Reflective of the Award, “Recognizing the Gold Standards of the Industry”, the award celebrates the efforts of both real estate practitioners and firms which had raised industry standards by upholding professionalism, integrity and accountability in that year.

NREA 2019 organizing chairman, Kelvin Yip said that since the NREA’s debut in 2009, the awards have grown to be the country’s premier, most recognizable real estate award.

“This year proved no exception with a record-breaking 58 submissions from practitioners. The already stringent judging process was also further strengthened to ensure that our winners are truly the best of the best,” Yip added.

A total of 20 categories, from 16 last year, were hotly contested this year. One of the new award categories was the Most Tech-Savvy Real Estate Firm which was awarded to [JLL Property Services (Malaysia) Sdn Bhd] in recognition of their efforts to leverage technology to digitize as well as innovate to promote their offerings.

“An effort has been made to recognize the accomplishments of our real estate negotiators at the state level as they draw upon their deep understanding of the area and community to deliver impressive results,” Yip added.

Apart from that, two of the most notable awards, Lifetime Achievement Awards was presented to [Past President Mr Thinahara Kumar] from [Richinprop], while CEO of the Year was awarded to [Mr Sarkunan Subramaniam] from [Knight Frank Malaysia Sdn Bhd].

During the prestigious ceremony, outgoing president of MIEA, Eric Lim officially handed over leadership to Lim Boon Ping, a 20-year real estate veteran and Director of Training and Development at Kim Realty.

In his speech, Eric said that it was an honour to have led the oldest and largest real estate association in Malaysia to promote high quality service and maintain high ethical standards in this industry. He believes that the new president will continue to guide MIEA to even greater heights and tackle issues such as illegal brokers.

MIEA’s new president (Year 2019- 2021) Lim Boon Ping said during his speech that the National Real Estate Awards not only upholds the golden standards and recognizes the industry’s crème de la crème but it also promotes professionalism, not only amongst the awards winners but throughout the real estate fraternity.

“The awards have become a symbol of aspiration. An ever-improving standard that challenges the members of our fraternity to continuously deliver excellence and innovation,” said Boon Ping.