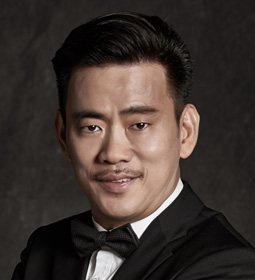 Dato' Sri Gavin Tee is a man with many talents and has taken on numerous roles in his professional life. He is the founder and president of SwhengTee International Real Estate Investors Club. Through his global network, he has recently set up Swhengtee International Investment Alliance aimed at bringing in RM10 billion to invest in property development, manufacturing & film production in Asia within the next three years.

Over the decades, Gavin has built himself up into not only an internationally renowned investment adviser and entrepreneur, but an extremely popular and respected speaker and trainer. He was also appointed as the Vice-Chairman of the Investment Advisory Committee of the Malaysia-China Chamber of Commerce.

As one of the region’s most popular investment experts, Gavin’s annual forecast on the Malaysian real estate market has long been one of the major highlights of the industry. Key points revealed during his talks often became major references for both investors and developers. His accurate predictions are well known in the industry, and helped pave the path for him to be appointed as a consultant to many top 10 developers in Malaysia & China.

Gavin was also invited as the VIP speaker for Country Garden Group - the first real estate developer from China to venture into Malaysia. In 2013, Gavin took the next step in his global venture with his self-funded SwhengTee Property World Tour (SWT) to more than 20 cities worldwide to promote what he calls the Greater SEA Era as well as Malaysia as a premium real estate destination.

He was invited as a VIP speaker at The 5th China Real Estate Fujian Businessman Conference held in FuZhou, China, guest of honor & speaker for Asia- Pacific Real Estate Investment Fair held in Tokyo as well as a key speaker among all the top Asean leaders at Charming ASEAN, into China launching event which was organized by the China-Asean Association. Gavin was also invited as a Guest Lecturer at Tsinghua University Global Executive of Business Administration Program (EMBA). Next, he also spoke at The 4th Malaysia-China Entrepreneur Conference (MCEC) which took place in Xiamen on 9th September 2014.

Gavin has been active in establishing liaison networks with his global counterparts long before others. He has set up real estate consultation offices in Beijing, Xiamen and Shanghai, and formed strategic alliances with partners from Hong Kong, Taiwan, Singapore, Japan, and the UK to pave the way for his global real estate journey. Gavin has come a long way in the industry and has more than 25 years’ of experience behind him. Gavin’s investment prowess is widely recognized and he personally led his team on an amazing runin the real estate industry. While his investment club is only 6 years old, it has already invested more than RM1 billion in the real estate market to date.

In order to better disseminate real estate information to more people, Gavin had co-operated with Malaysia’s oldest English broadsheet, the New Straits Times from 2011 to 2013, to help provide content to its weekly real estate pull-out. He is also the adviser of Malaysia’s first Chinese real estate magazine, Real Estate Malaysia, and his contribution in the printed media further cemented his position with both Chinese and English speaking audience.

Despite his busy schedule travelling around Asia to promote property and tourism, Dato Sri Gavin has taken the initiative to found a new Asia-wide property magazine, Asian Property Review. The magazine is set up with a 4-pronged objective including to promote Asian properties to the whole world, to be a platform to deepen the property markets in Asia; and also to provide a platform for property professionals to share their expertise and opinions; and to educate investors on the intricacies of property investment in Asia.

In the year of 2016, Gavin will also introduce a TV reality show on property named Anyone Can Be a Property Millionaire. Inspired by his belief that anyone at all, which can include a young graduate, a retiree, or even the disabled, can become a property millionaire if given the right training, the show is a platform for Gavin to prove to the world that this can be done. To be broadcasted in the most popular TV station in Malaysia, this unique programme is anticipated to have a game-changing impact on the local property industry, and possibly the world.

Running concurrently with the reality show is an investment course with the same topic as well as books that expand further on the concept that anyone can be a property millionaire. Gavin will further conduct a tailor-made course specially catered to the disabled to kick off the show.