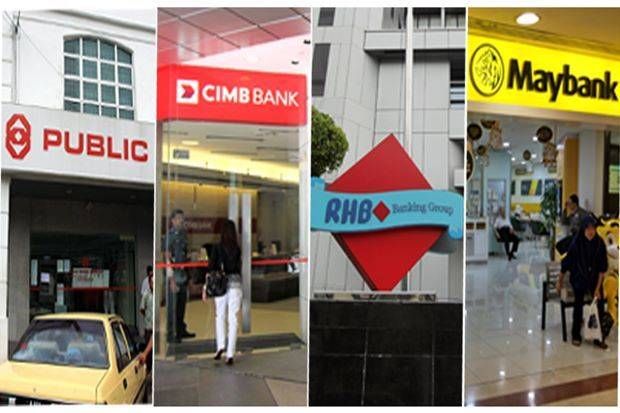 KUALA LUMPUR: While businesses have started to recover with the gradual easing of the Movement Control Order (MCO) since May, the recovery has been uneven, Bank Negara Malaysia said.

In its “Financial Stability Review – First Half 2020” report issued on Wednesday, it said the financial performance of Malaysian non-financial corporates (NFCs) deteriorated in the first half of 2020.

The tourism-related and services industries were notably among the most impacted by the pandemic, as revenues fell sharply following lower inbound passenger loads and reduced spending on non-essential services.

Restrictions on air travel also weighed heavily on global oil demand, disrupting the recovery of firms in the oil and gas sector observed in late 2019.

More recently, the wholesale and retail sector has seen a gradual recovery following the easing of mobility restrictions post-MCO.

Improvements were also observed in the manufacturing sector, notably within the electrical and electronics (E&E) and medical product segments, which have benefitted from a backlog of orders due to the MCO.

“In the real estate sector, activity has picked up slightly in recent months although conditions remain challenging, ” it said.

Bank Negara also said while the overall debt-servicing capacity of NFCs has weakened due to the significant impact of Covid-19, it remained above the prudent threshold reflecting reasonably healthy initial financial conditions before the pandemic.

Total outstanding debt of the NFC sector grew by 3.8% annually to RM1.6 trillion or 108.1% of GDP as at June 2020, mainly attributed to lower repayments due to the moratorium and an increase in working capital loans.

Aggregate new loans disbursed to NFCs however declined (-3.4%) as demand for financing moderated sharply and banks re-assessed business sector risks. In the capital market, refinancing risks remain low with corporates observed to continue to be able to raise funding during this period.

“While larger issuances of government bonds going forward could see some crowding out of corporate funding in the debt market, the majority of corporate bonds maturing this year continue to be highly-rated, further mitigating refinancing risks.

“Corporate sector external debt increased by 4.9%, mainly driven by additional borrowings by firms in the oil and gas-related sector and valuation effects following the weaker ringgit during the first half of 2020 against selected major and regional currencies, ” it said.

It also said the impact of the pandemic has been more pronounced on small and medium enterprises (SMEs).

Surveys indicate that among smaller firms, many have limited financial buffers with cash reserves of only two months or less of expenses. The lower level of digitalisation among SMEs has also constrained their ability to pivot to e-commerce platforms to sustain business activity, particularly during the early phase of the MCO.

As for households, it said the pandemic has also taken a toll on their incomes and employment prospects, but most households have remained reasonably resilient. This is supported by comfortable financial buffers, particularly among the higher income group, and the generally prudent debt servicing levels of households.

More borrowers have been able to resume loan repayments in recent months with improvements in business and labour market conditions as economic activity gradually recovers. However, pockets of risk remain.

“Vulnerabilities will likely persist for some high-touch service industries and those that remain under strict constraints such as the tourism sector.

“Household borrowers who are more highly leveraged, with variable incomes, and/or employed in more adversely impacted sectors could also continue to face difficulties servicing their debt. With the automatic loan moratorium in place, aggregate banking system impairments and delinquencies have remained low, but are expected to increase in the period ahead, ” it said.

Bank Negara’s report pointed out conditions in the Malaysian property market were considerably weaker in 1H 2020.

“While risks in the housing market have increased due to a deterioration in income and weaker demand conditions, the impact on overall financial stability remains largely mitigated by the sound quality of banks’ existing housing loan exposures, measures by the government to support housing demand, as well as the targeted assistance packages that will contain any large increase in housing loan defaults, ” it said.

Despite a marked decline in earnings reported in 1H 2020, capital and liquidity buffers held by financial institutions remain high.

Bank Negara said in anticipation of a more challenging economic outlook, banks are taking additional measures to shore up their buffers, including capital retention measures.

Along with the implementation of sound capital adequacy, liquidity and risk management standards over the years, this will preserve the ability of banks to continue supporting targeted assistance to borrowers and credit flows to the real sector as the economy recovers.

Under updated stress tests conducted by Bank Negara bank, banks are expected to remain resilient to potential economic and financial shocks that could still arise from the pandemic.

While the Malaysian economy is expected to recover as business activities progressively normalise and external demand improves, the pace and strength of the recovery remain susceptible to multiple downside risks, it said.

This includes the prospect of subsequent waves of Covid-19 outbreaks leading to the re-imposition of containment measures. Persistent weakness in labour market conditions and a weaker-than-expected recovery in global growth are also factors that may affect the economy and financial stability.

Under these conditions, Bank Negara said a key priority will be preserving healthy financial buffers of banks to provide continued support to households and businesses, while reducing risk aversion that could amplify stresses in the economy.