Leveraging technology in the property sector 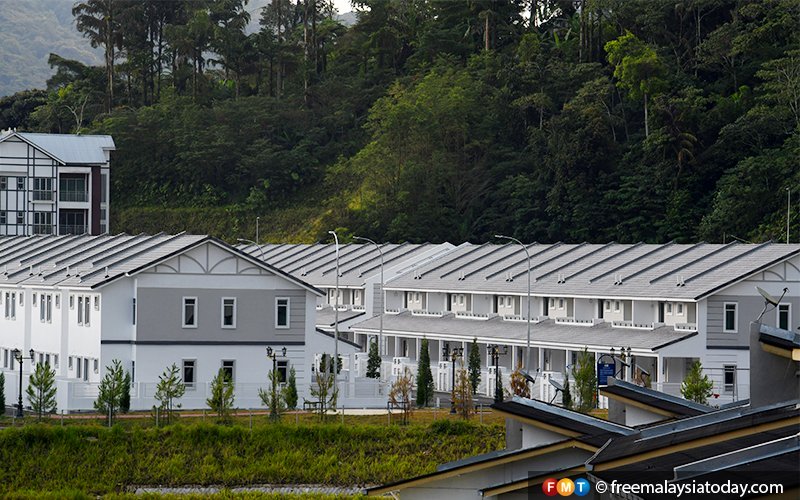 Fast-changing technology has created a challenging world of adapt-or-die in many sectors. The property sector has been adjusting, with online sales campaigns and virtual showrooms, especially at a time when people are wary of in-person contact.

Smart home technology is also growing in popularity and is expected to become commonplace soon. But how beneficial will these new technology trends be for developers and buyers?

Speaking at the KSI 2020 National Housing and Property Summit, Georg Chmiel, executive chairman of Juwai IQI Holdings, said it is not technology that pushes progress but changes in society.

“A study backed by Microsoft found that over the last two months, there was more technological change than would normally be seen over three years.

“But this was not driven by technology. Zoom was always around but nobody used it because there was no need for it. And that in essence makes a ‘good’ or a ‘failing’ disruptive company.

“It is about solving problems in the real world, making things easier by using technology,” he said.

Not long ago, he added, many people predicted that the traditional real estate agent would be replaced by online property portals.

“To be very frank, it’s not true. Neither the portal nor the real estate agency, the traditional path, is the model of the future. The two things coming together is the future – technology solving real business problems.

“Portals generating leads did not really achieve anything because nobody could act on the leads, and real estate offices, which are people trying to sell without leads, will not achieve anything.

“I recommend the two things together. There are still a few things to do, but I do believe the process is almost fully automated.”

Echoing Chmiel, Veritas Design Group director and group president David Mizan Hashim believes that digital-led societal changes have had a profound impact on house designs, not just in Malaysia but all over the world.

He said there are five very practical areas that every developer who wants to remain in the game will have to think about.

“The five trends that are going to change the nature of this game are, number one, big data and number two, social media.

“The third is smartphones, a very practical micro application. On a larger urban scale are smart cities. So, understanding all this is important for developers of larger-scale projects. The last one is BIM – building information modelling.”

He said, in his experience, not a lot of time has been spent thinking of these five areas.

“Big data makes it easier for developers to decide what to build, where to build, when to build, for whom and at what price. As for social media, we all know it has had an incredible impact on our industry.

“It is the primary means of communication for young people today. They do not read newspapers or magazines and they do not watch TV – all that advertising is a waste of money.

“Industry players need to think through this new paradigm of social media. Generation Y gets its information and makes decisions on which property to buy through their friends. That is how they decide when they are going to buy an apartment.”

Gen Y gets much of its information online and via social media, so developers need to adapt.

He also noted that online influencers are becoming more important and property endorsements on their blogs can make a big difference in property sales.

“Another interesting thing is the mobile apps developers provide for marketing. Potential buyers can download an app on their phone and learn all about a project.

“Now, these apps will be used to track the project. So progress can be tracked on the site. It is also great for stage billing.”

An unexpected impact of smartphones and social media is that it has changed the landscape of property development.

“There are developers targeting Airbnb. They stress to buyers that their units are great for Airbnb. And, of course, Grab has changed how parking lots will be built,” David said, discussing society-driven progress.

Chmiel and David were panelists at the discussion on Property Technology – Digitalising the Housing and Property Sector.

Also on the panel were Poo Ching Loong, CEO of Yes Boss Corp and Lim Boon Ping, president of the Malaysian Institute of Estate Agents.